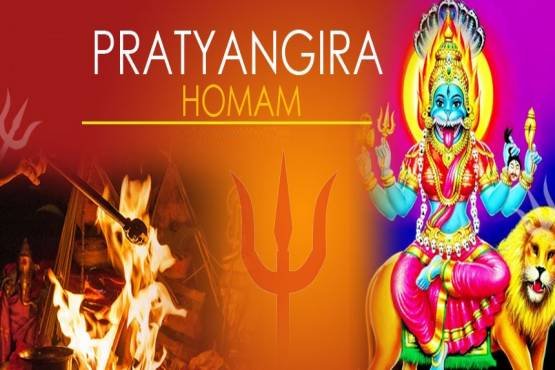 A homam plays a key role in solving all types of problems by addressing exact needs. It is widely followed in different types for gaining more prospects to live a wealthy life. Anyone who wants to get protection from their enemies should consider about performing Pratyangira homam for meeting exact requirements. This homam also helps for reducing legal issues to a wider extent.

Many people face threats from their enemies which lead to several risks. Therefore, it is necessary to combat them effectively for ensuring better results. Pratyangira homam is a suitable one for controlling negative actions from bad forces to experience peace of mind. This homam provides methods for eliminating ill effects to minimize complications.

Lawsuits and enemy problems may affect the growth of a person. Pratyangira homam fulfills the requirements of people who want to avoid conflicts and other issues to a wider extent. Moreover, this homam plays a key role in overcoming risks to attain success levels in life.

As per vedic Scriptures Goddess Pratyangira devi came out from the third eye of Lord Shiva to calm down the Narasimha the incarnation of Lord Vishnu. Prathyangira, Narasimhi or Narashimhika, is a Hindu Goddess associated with Shakti, the Hindu concept of eternal energy. She is described as a goddess with a lioness's face and a human body. This combination of lion and human forms represents the balance of good and evil.

Prathyangira is primarily conceived of as a protective, fierce goddess capable of extreme rage and destruction in order to defeat evil. She is considered to be a powerful guardian against the effects of black magic, and also a bestower of many boons. It is believed that when Narashimhika shakes her mane, she sends the stars into disarray. In Sri Chakra worship, she protects her devotees against all odds and guides them along the right path. She is enveloped as bliss in the letter "Ksham".

Hindus also do a hard penance and believe they will have dreams of Prathyangira in the heavens after they have worshipped Prathyangira.

Pratyangira is considered as the ultimate force in the Universe to destroy Tamas and restore Sattva. When a highly Sattvic force is deeply agitated due to battle against a highly Tamasic force, Pratyangira can be invoked as a weapon to subdue and utterly destroy the Tamasic force and restore Sattva. Pratyangira is not a "bali kaavar deivam" or a deity that demands offerings of flesh, even though She is an extraordinarily fierce manifestation (ugra devata) of Mata Shakti.

Similar to Varahi Amman, many people fear to keep a photo of Prathyangira because she is once again thought of as a Ugraha Deivam. People who think like that are ignorant of her karunai(Grace), azhagu(Beauty), mahimai(Her Goodness).

Subscrive to Receive our weekly promotion every month

Sri Parvathi Seva Sakthi Peetham has facilities to perform ONLINE Rudraabhishekam, Navagraha Japam, Navarathri Puja, Satyanarayana Katha, Vratamulu, Parayanam, and any type of Puja or Homam with help of LIVE Web Streaming at your convenience of time and place no matter where ever you are. You will virtually participate in the event LIVE to your satisfaction. Advance booking is a must to ensure my availability. Please book at Phone # 9849379422 or email me at sriparvathisevasakthipeetham@gmail.com